A deserving winner of the Carnegie Medal. Review by Angela This is the story of Bod Nobody Owens who had to live in a graveyard because all his family had been murdered. He is raised by ghosts, Mr and Mrs Owens with the help of his guardian, Silas, who is neither alive nor dead. The novel is aimed at 8 — 11 year olds, but the gruesome murder descriptions in the first chapter may push the age up. 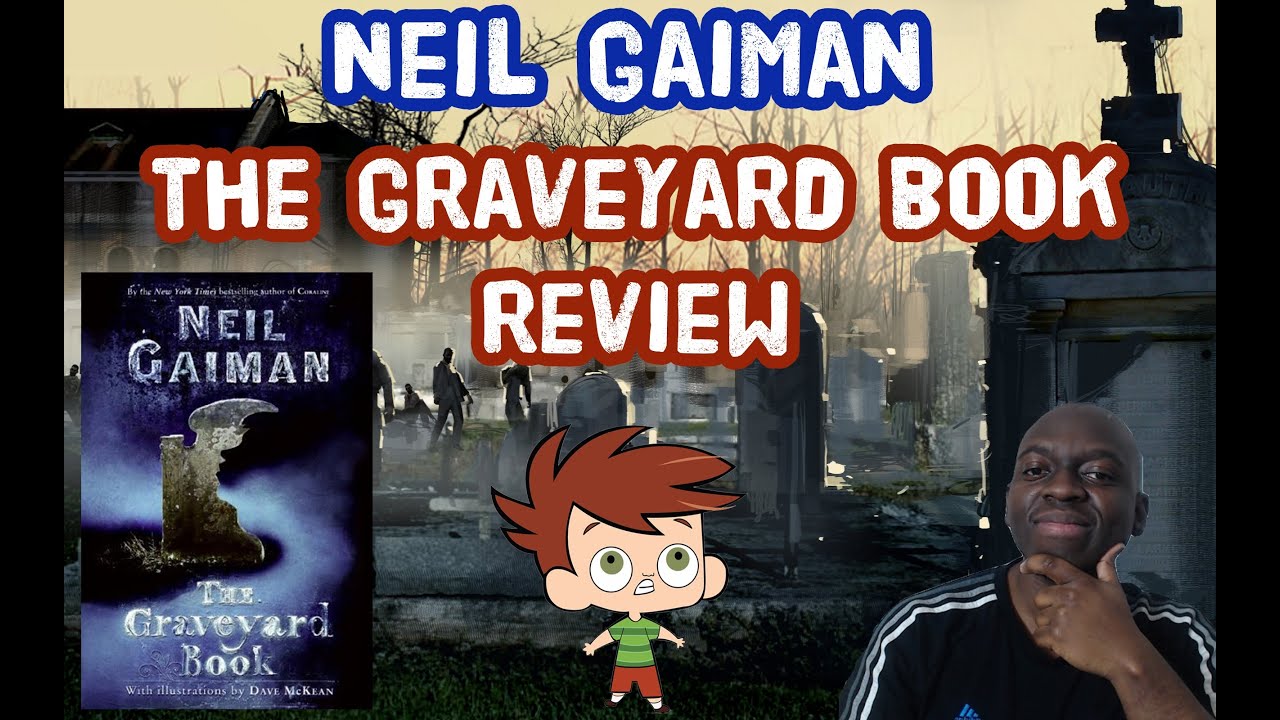 Share via Email The Graveyard Book begins, as so many children's novels seem to do these days, with a multiple murder. A mysterious character known only as "the man Jack" sneaks into a family home and kills mum, dad and older sister. When he reaches the nursery, however, the family's two-year-old son is missing, having scooted out mischievously into the night.

The man Jack, whose silence and hunting skills seem not quite of this world, follows the scent of the boy to a nearby disused graveyard. Where something strange happens. The community of the dead in the graveyard hide the boy from the killer, and the shady Silas - not quite dead, but not quite alive either - takes the man Jack aside, escorts him calmly out of the graveyard and erases his memory.

The boy is adopted by the Victorian ghosts of Mr and Mrs Owens, and Silas appoints himself the boy's guardian, as he's the only one who can leave the graveyard and bring back food. For Silas knows that the man Jack will not rest in his hunt. We are deep in Neil Gaiman territory here, and it's hard to think of a more delightful and scary place to spend pages.

Mrs Owens names the boy Nobody, "Bod" for short, and in each successive chapter Bod is another two years older, growing from infant to young teenager through a series of not always connected adventures.

From the start, Bod is given "the Freedom of the Graveyard", allowing him to learn nifty ghost tricks such as the Fade, where he can disappear from sight even when someone is looking right at him. For his own safety, he's not allowed to leave the grounds, but there is plenty to explore, including an ancient grave where the slithering Sleer await the return of "The Master", the dangerous "ghoulgate", which leads to a terrifyingly chaotic otherworld, and the unconsecrated part of the graveyard where Bod befriends the ghost of a young witch named Liza.

Bod also makes a human friend, the precocious Scarlett, who assumes Bod must be imaginary because her parents tell her so. She moves away and the young Bod is heartbroken. As the years pass, he longs for human company and finally convinces guardian Silas to allow him to attend the local school.

Once there, Bod uses his graveyard powers to stand up to a bully, but with unexpected consequences. Scarlett re-enters his life, but who is the courtly older man wooing Scarlett's mother?

Has the man Jack succeeded in finding Bod again? Gaiman's narratives tend toward the episodic, and there are chapters of The Graveyard Book that could stand alone as discrete short stories. All the better for reading at bedtime, though, and what's lost in forward momentum is more than made up for by the outrageous riches of Gaiman's imagination.

Every page is crowded with invention, both funny and scary, such as the dour Miss Lupescu, who comes to teach Bod unpleasant lessons, or the final mythology of why Bod is being hunted.

Gaiman's villains are a creation so creepy I would happily read a whole other novel just about them. And yes, they are indeed a pack of terrifying murderers, but children's books have always been filled with death - you can't have an orphan without at least two dead people, after all - and Gaiman's ultimate lesson is exactly right:Graveyards can be a mysterious, scary place.

Neil Gaiman dispels some of the myths and fears with his fabulous book, The Graveyard Book, showing that Graveyards can be more than cobwebs and creepiness.

Sep 30,  · The Graveyard Book was a dark, macabre and excellent book! It was a short read and the artwork in the book was fantastic. Kudos to Dave McKean on some wonderful illustr I'm going be honest here, I have a love/hate relationship with Neil Gaiman/5(K). Neil Gaiman is the author of the New York Times bestselling A VIEW FROM THE CHEAP SEATS, THE OCEAN AT THE END OF THE LANE, THE GRAVEYARD BOOK, CORALINE, NEVERWHERE and the Sandman series of graphic novels, among other works.

His fiction has received Newbery, Carnegie, Hugo, Nebula, World Fantasy and . The first issue will be released in comic book stores on February 28th: "Written by Hubertus Rufledt with haunting art by Helge Vogt, Titan Comics’ Alisik is a cross between Emily The Strange and Neil Gaiman’s The Graveyard Book – a beautiful dark and gothic tale of mortality and what happens after death.

Neil Gaiman is the #1 New York Times bestselling author of more than twenty books for readers of all ages, and the recipient of numerous literary awards, including the Shirley Jackson Award and the Locus Award for Best Novelette for his story "The Truth Is a Cave in the Black Mountains." Originally.